This isn’t the inflation scare you should be worried about 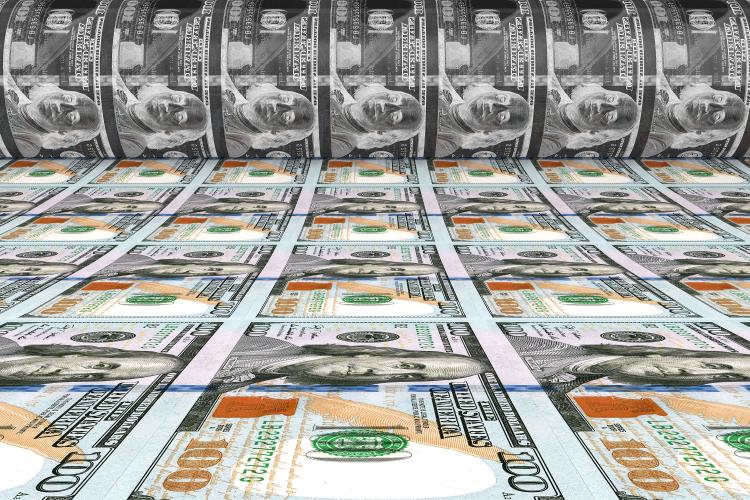 The dominant narrative among central bankers, many economists and investment managers is that inflation is not a concern. They argue that a high inflation figure was the expected simple arithmetic outcome of the “base effect” of exceptionally low prices in spring of 2020. Indeed, if we decompose the rise in CPI, we find that most of the increase is due to a sharp rebound in the prices of cars, hotels, restaurants, airlines – precisely those goods and services whose price collapsed last year.

Beyond the simple arithmetic, many argue that those inflationary forces are either absent or will soon reverse.  The supply chain bottlenecks, including shipping, should resolve themselves over the next months, as the global economy returns to a more normal rhythm.

It is difficult for inflationary forces to gain traction when there is slack in the economy. The US economy is still operating well below capacity. Unlike past recessions, bankruptcies declined in 2020, because of government support. In addition, the US Census Bureau reports that small business applications doubled, and new companies were started at a rate exceeding any other period in US history. Taken together, this suggests that far more capacity is available for production or services than in the aftermath of past recessions.

With ample supply, does inflation risk emanate from recovery in demand? This is where the picture gets more complicated.  Despite very generous Covid relief packages last year, demand collapsed in most sectors, especially in services. The strength of the recovery in demand is a function of the interaction of many factors. Normalisation is only one of these forces. There is also pent-up demand, especially for services that consumers had to forgo, such as travel and entertainment.  Recovery is also turbo-charged by an extraordinary level of household savings, built up in part by generous fiscal support. Unlike any past recession, consumers are emerging from the crisis with bigger bank balances and low levels of credit card debt.

Looking at the balance of forces over the near term, the “base effects” of price behaviour last year did indeed play a role, but for the immediate period ahead, the picture looks less clear-cut. The recovery in demand will be met by ample supply in some areas, and limited supply in others. But the net result on headline measures of inflation, such as the CPI, will be difficult to interpret as a durable inflationary impulse.

Globalisation, technological innovation, labour growth and demographics, collectively played a critical role in increasing production efficiencies and competition. But it is not at all obvious that all of these forces can continue to play a role in supporting a low inflation environment. Policy choices in the US and other major economies are now actively favouring domestic production over unconstrained global trade. The Covid-19 crisis has also prompted many companies to actively seek to diversify their supply chains and increase local production. This will imply higher costs.

Labour market forces are also no longer favouring low inflation, because demographic shifts cannot be relied upon to supply sufficient labour growth over the long term. Industrial countries, and many emerging markets - including China - are aging: fewer people are entering the labour force than are retiring. Immigration has become a sensitive topic in advanced economies, and so it cannot reverse this trend. This means that we are at an inflection point where the demand for labour will start outstripping supply, leading to a sustained period where wages are a rising share of GDP.

Inflation, however, is not purely a real economy phenomenon, as some economists argue. It is ultimately a monetary phenomenon. Prices are a function of the money supply, even if the relationship between the two is not always direct. Broad measures of the money supply (M3, which is money issued by the Fed as well as credit created by the banking system) averaged a mere 5.4% from 1990 to 2020. This is slightly above nominal GDP growth. Early episodes of quantitative easing did not unduly increase money growth, because commercial banks were repairing balance sheets by reining in lending.  The quantitative easing in the wake of the Covid crisis, however, had a very different impact. At no point since the early 60s has money growth approached its current levels.

Why has this explosion in the money supply not lead to an explosion in prices?  That’s because, with subdued economic activity, much of this money is not circulating in the economy. It is parked in the form of bank and central bank reserves. The outlook for prices will be dramatically different if and when the speed of circulation of money rises, especially when the economy is operating at full capacity.

What does this imply for investors?  We find the reassurances of central bankers, and many economists, disingenuous. There are one-off factors behind the most recent CPI figures, but this doesn’t alter the fact that long-term forces are at play and they skew inflation risks to the upside.

For asset allocators, all of this strengthens the case to minimise long-term allocations to fixed income. But this is also a good time to revisit equity sector exposures. Inflationary pressures do not impact all sectors in the same way. Companies with pricing power will fare better than those facing high competition. Wage inflation will impact some companies more than others.  Commodity price inflation can also benefit some sectors.

Long-term inflationary expectations do not rise overnight. It took about 8 years in the late 1960s for inflation expectations to rise from 2 to 6%. Given current fiscal and monetary policy choices, we could be at a similar juncture. This could be a multi-year process for inflationary expectations to rise meaningfully above the 2-2.5% range that is priced into the fixed income markets at this time. But markets can sometimes adjust very rapidly, which argues for revisiting strategic allocations sooner rather than later.

The Fed and inflation expectations
2020/09/21
END_OF_DOCUMENT_TOKEN_TO_BE_REPLACED