The Fed and inflation expectations 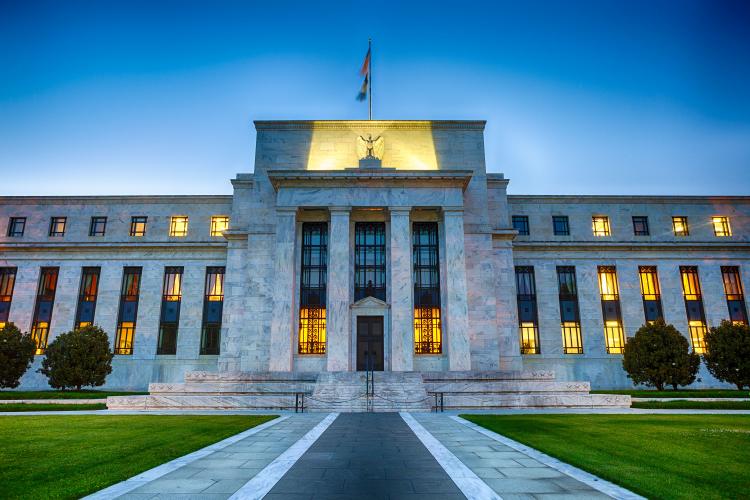 This change appears simple at first glance. But the consequences could be far reaching.  In effect, the Fed is no longer committed to acting when inflation rises to 2%.  Past inflation will henceforth matter. If inflation had been slightly below the 2% target for a long time, then we can expect that the Fed will tolerate inflation slightly above 2% for a long time. They may also tolerate an inflation rate significantly above 2% for a shorter period of time.  In other words, the Fed has introduced a new and important element of uncertainty into the markets’ ability to anticipate its reaction function.

One reason for this change is that inflation has been stubbornly low for many years.  Core PCE inflation, has averaged 1.75% for the past 20 years, and hovered around 1.5% for the past 10.  It’s barely over 1% today. The long-established relationship between inflation and unemployment - known as the Philips Curve - no longer seems to hold. Inflation did not rise during the economic expansion preceding the Covid-19 crisis, even though the US was arguably at full employment.

The consequence of stubbornly low inflation, despite monetary conditions that are loose by historical standards, means that the Fed’s tool box is constrained. Ben Bernanke is among many prominent economists and policy makers that have argued that when inflation is “too low” the ability of central banks to fight recessions in the future is limited. This is because when inflation is stubbornly low, interest rates can remain close to zero.

Covid-19 has indeed exposed the limitations of the Fed’s traditional interest rate tool kit, requiring unprecedented levels of money creation through the purchase of Treasury bonds. The Fed has shied away from measures deployed by other central banks, such as introducing negative interest rates, or attempts to control the yield curve by committing to buy longer-maturity securities at a predetermined price.

The new framework is an attempt to raise expectations of inflation, by committing to tolerate inflation above 2% for an indeterminate period.  The effect of this change is to extend the expectations of the duration of current monetary policy.

The phenomenon of inflation that is “too low” is not a uniquely American phenomenon. The ECB and BoJ have been struggling with low inflation. In more recent periods, inflation has surprised on the downside in many emerging markets as well. Most notably in Brazil, where inflation declined to a level that enabled the central bank to reduce rates to unprecedented levels.

Economists are not fully sure why low inflation has been a persistent issue. But the fact that it is low across the globe suggests global forces are at play. One can argue that the evolution of central banking – increasing central bank independence and inflation targeting - has finally triumphed.  But that cannot be the full story.  Central banks have certainly gained credibility. But the ongoing debates and evolution of monetary policy is itself a signal that central bankers are less confident of their own tool kits than many observers believe.

A more persuasive explanation of the absence of inflation lies with global competition. The disinflationary period since the 1990s coincided with unprecedented growth in global trade. Increased competition, the globalisation of supply chains, and the consequent decline in production costs have all contributed to tempering inflationary pressures.

Looking ahead, can the Fed and other central banks succeed in raising inflationary expectations?  The answer is not clear cut. As we’re not fully sure of the reasons why inflation has remained stubbornly low, we can’t be very confident of the factors that can raise it. This said, the balance of risks does not suggest that the status quo can be maintained for three reasons.

First, the battle against high inflation was won when central banks – led by the Paul Volker’s Fed – demonstrated real independence by delinking monetary policy decisions from the political cycles: he famously ignored Jimmy Carter’s re-election expediencies. Central banks today, while more formally independent, are acting less independently. Consider, for example, the scale of monetary financing of fiscal deficits. Dubbed as “monetary and fiscal policy coordination”, this form of direct money creation to finance fiscal deficits was taboo a decade ago.

Second, globalisation has peaked. Global trade as a share of global GDP had stopped growing a few years before Trump’s election in 2016. Today, this ratio is declining. Regardless of how today’s trade disputes are resolved, the Covid-19 crisis has heightened the need for both companies and countries to diversify supply chains and increase domestic manufacturing. This process will necessarily increase costs. More importantly, it also means less of the global competition that will keep inflation low.

Third, the absence of inflationary pressures has diverted central banker’s attention to other policy priorities. There is an ongoing discussion at the ECB and others, for example, on ways monetary and prudential policies can be used to advance the climate agenda. There is a discussion at the Fed about how monetary tools can be used to target differences in unemployment among different racial groups. These are the type of policy priorities that have historically fallen entirely fiscal and regulatory policies. By initiating this discussion central banks are signalling that inflation is an important – but not always primary – policy objective.

While there are very solid reasons why we believe inflation expectations should rise in the medium term, it is harder to argue that they will rise in the near term.  The Covid-19 crisis has dampened demand, despite the staggering level of fiscal and monetary support. Uncertainty about the duration of continued fiscal support, increasing unemployment and job insecurity is likely to keep demand muted.

None of these risks are priced into bond markets. In real terms, returns are negative across most maturities for almost all advanced economies. In the US, where the Fed has decided not to use its bond purchases to set a ceiling on yield for longer maturities, it is impossible to justify the current yields of longer-term bonds based on fundamentals. As a consequence, we will be looking to significantly reduce our allocations to long term fixed income assets over the medium term.